I know. I’m a terrible person who is a slacker blogger. Such is the life of a busy engineering student. But I’ve still been listening to music and thinking about its merits. So here is a review of one of the most hyped albums this year. 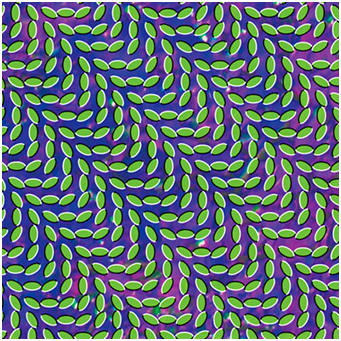 I’m a bit late on this one: the hype was huge (in circles that like this sort of music), the reviews were glowing and the sales were impressive. Months later, I’m finally getting to take a look at Merriweather Post Pavilion.

I had previously accepted Animal Collective into my musical diet through both Feels and Strawberry Jam. Each of these albums presented a few brilliant songs, but I could never latch on to the entire record. On Feels, the first four songs were packed tight with hooks and unexpected rhythms, while the final songs dragged out far beyond their welcome. While still good for a relaxed mood, the closing songs just couldn’t hold up with repeated listens. Strawberry Jam managed to hold out for nearly the entire record, but the slow “#1” managed to drag down the overall experience when set after the quick beats of “Fireworks.”

Luckily for us, Merriweather Post Pavilion takes the album-based success of Strawberry and applies the superior songwriting of the best songs off Feels. Animal Collective starts strong with the curious piece, “In the Flowers.” An opening gush of electronic noise quickly reminds the ears what wild noises the band can conjure. The proper song that follows carries an interesting dynamic between haunting guitar and upward electronic strokes.

From here, Merriweather doesn’t let you down. “Also Frightened” starts and threatens to be a slow piece that derails the album. A tight rhythm section manages to ensure an interesting song throughout – the bass pops out and shakers impress the whole time. Classic Animal Collective vocals impress and intone powerful emotion without losing any originality.

This theme carries throughout the album. “Daily Routine” slows near the end of the track, but in an appropriate manner. The ban displays a great deal of musical control as they manage to carefully bring the tempo down without threatening melodic power. Meanwhile, fun songs like “Brother Sport” and “Lion in a Coma” keep up the mood and the exploratory work of Animal Collective.

The consistency of excellence is a treat for the ears and the whole album is enjoyable. But, Merrieweather would be nothing without the true gem and crowning achievement of Animal Collective: “My Girls.” Simple, heartfelt and genuine lyrics of concern form the foundation of the song as the band begins by resigning, “There isn’t much that I feel I need.” Soon, the music loops into the fold with skittering electronics bouncing around the sides of a tight bass and a four-count symbol. The song stuns as it completely succeeds while only offering three distinct song sections. When the song closes, you are convinced of the caring nature of the band – simple-yet-raw lyrics and perfect delivery manage to surprise and impress. Quite simply, this song makes the album; other selections are very good, but “My Girls” elevates the whole experience to a different level.

So where does Merriweather fall after all the hype? It is actually not the greatest album to ever exist. However, Animal Collective now has a strong contender for album of the year. Solid songwriting and the perfection from “My Girls” combine to make Merriweather Post Pavilion a worthwhile purchase for Animal Collective fans and those who enjoy exploratory rock and electronic music. They are still an acquired taste, but one that is very good for fans of the style.